Have you ever wondered about the traits and behaviors that shaped your personality before becoming aware and old enough to take charge? Many people ask these questions in life as they come of age and realize their upbringing on their adult behavior.

One of the most widely researched topics in this area has to do with attachment styles. 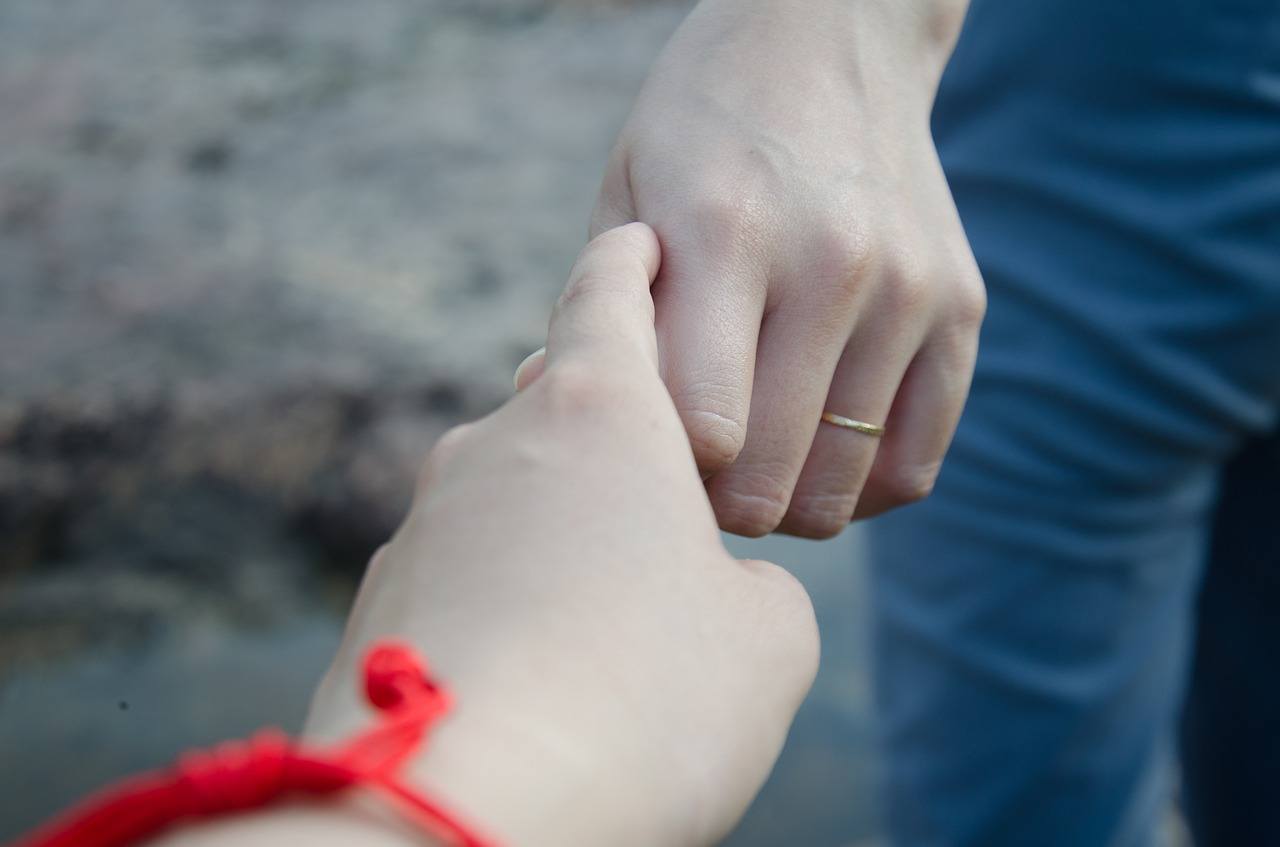 The concept of attachment styles and how they develop - isn't a new topic. The psychology community has studied attachment styles' theory and their effects on human behavior since the early 1970s. According to an ongoing research study performed by Mary Ainsworth in the early 70s, we develop three primary attachment styles in early childhood.

Securely attached people feel confident that the people who mean the most in their lives will be available for them. This means they know they can count on their primary caregivers to meet their food, shelter, and safety needs. The secure attachment style formed in infancy can transfer over into adulthood relationships. Conversely, insecurely attached people don't feel like the people who matter most will be there to protect, comfort, or console them.

According to psychology research conducted by Ainsworth, Main, and Cassidy, children who are securely attached feel safe to explore the world as they use their parents as a base and then seek their parents in times of distress. Whereas insecure people tend to be the loners and outcasts of the world who don't believe their needs will ever be met. It is important to understand that developing attachment styles isn't a choice. Attachment styles develop in infancy and early childhood as involuntary biological behaviors that help us stay safe. 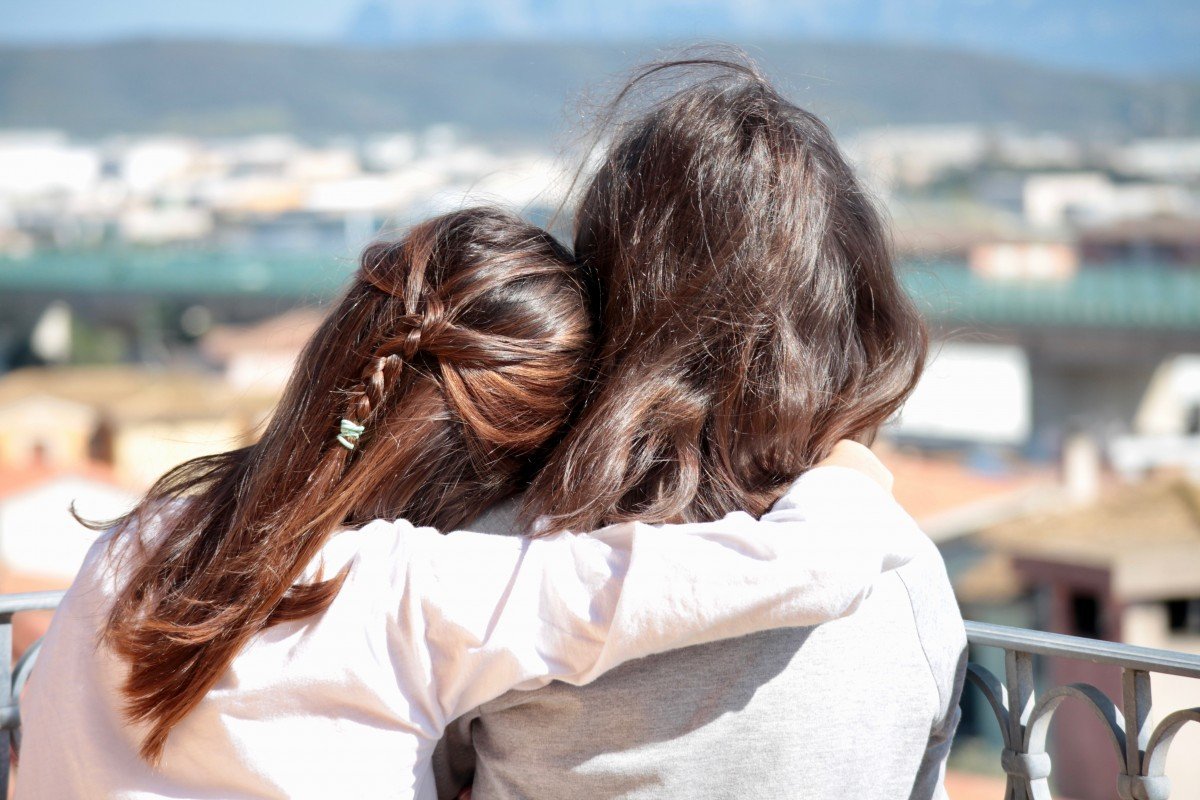 The secure attachment style represents a normal bonding experience between caregivers and infants that sets the foundation for how the infant will respond to their world as they become adolescents, teens, and adults.

Infants develop a secure attachment style when their needs are met quickly - regularly. They secure the attachment with the primary caregiver when infants learn over time. The caregiver will meet their needs. As a result, these infants are more securely attached, and they are easier to soothe (when the attachment figure is around.)

The Ainsworth study researched the following factors when considering the development of attachment styles in infancy. The study paid close attention to whether an infant showed certain symptoms that would show distress when their primary caregiver would leave and then return for some time. It labeled infants who showed signs of distress as "secure" as the bond with the primary caregiver appeared strong enough to cause distress in the infant upon departure and reintroducing the caregiver figure. 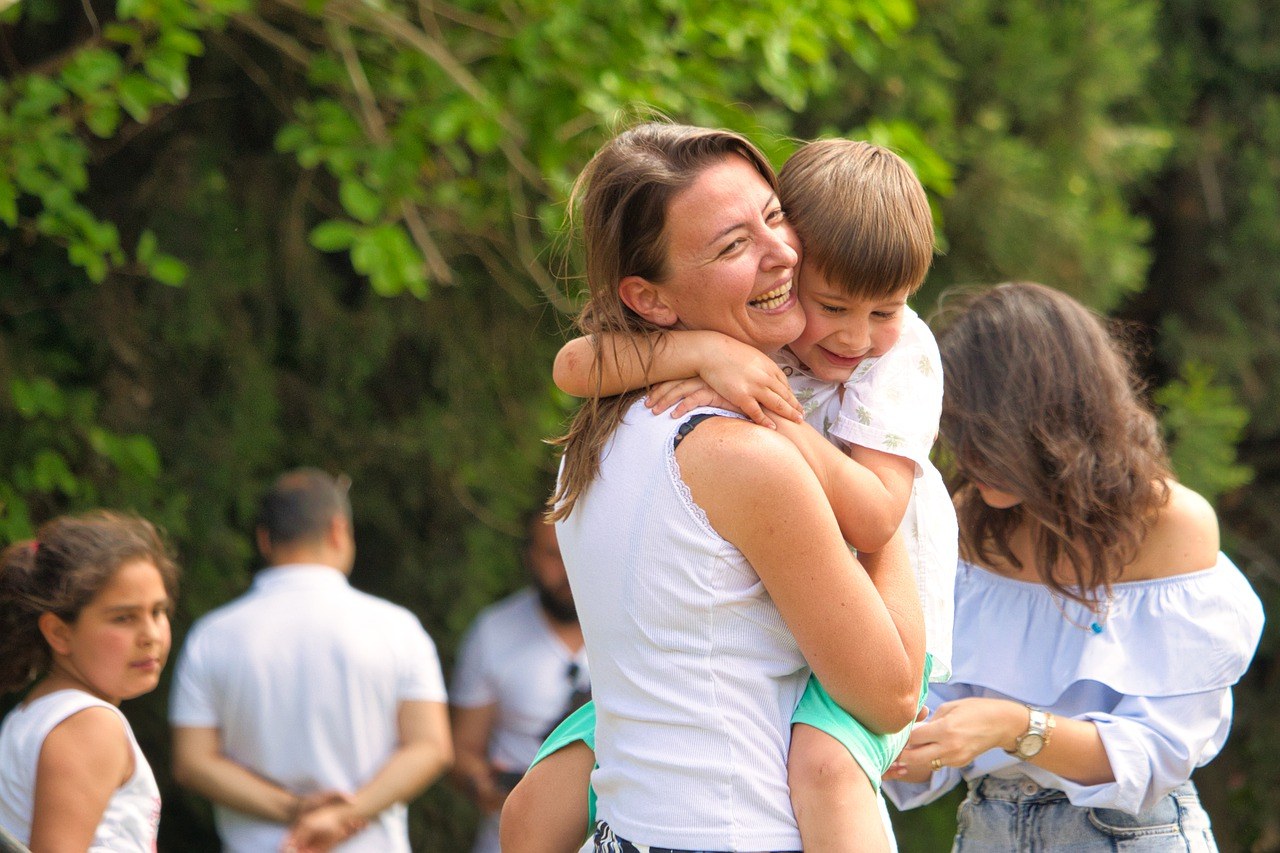 Conversely, insecurely attached infants who showed no sign of distress began to develop this behavior over time as their needs remained unmet - the second part of the study related to the infant's response to strangers. Securely attached infants showed a negative response to strangers - unless their primary caregiver was present, at which time they showed a friendly response. This behavior further supports the theory of secure attachment to the caregiver.

Insecure adults often display the same behaviors as insecurely attached infants. They can easily break away from relationships and other situations that would cause securely attached people to have emotional distress. We often misunderstand adults with an insecure attachment style, as they are more easily able to disconnect from people and circumstances. When you look closer, you'll realize that insecurely attached people inadvertently learned that they have to take care of themselves because no one has their back. 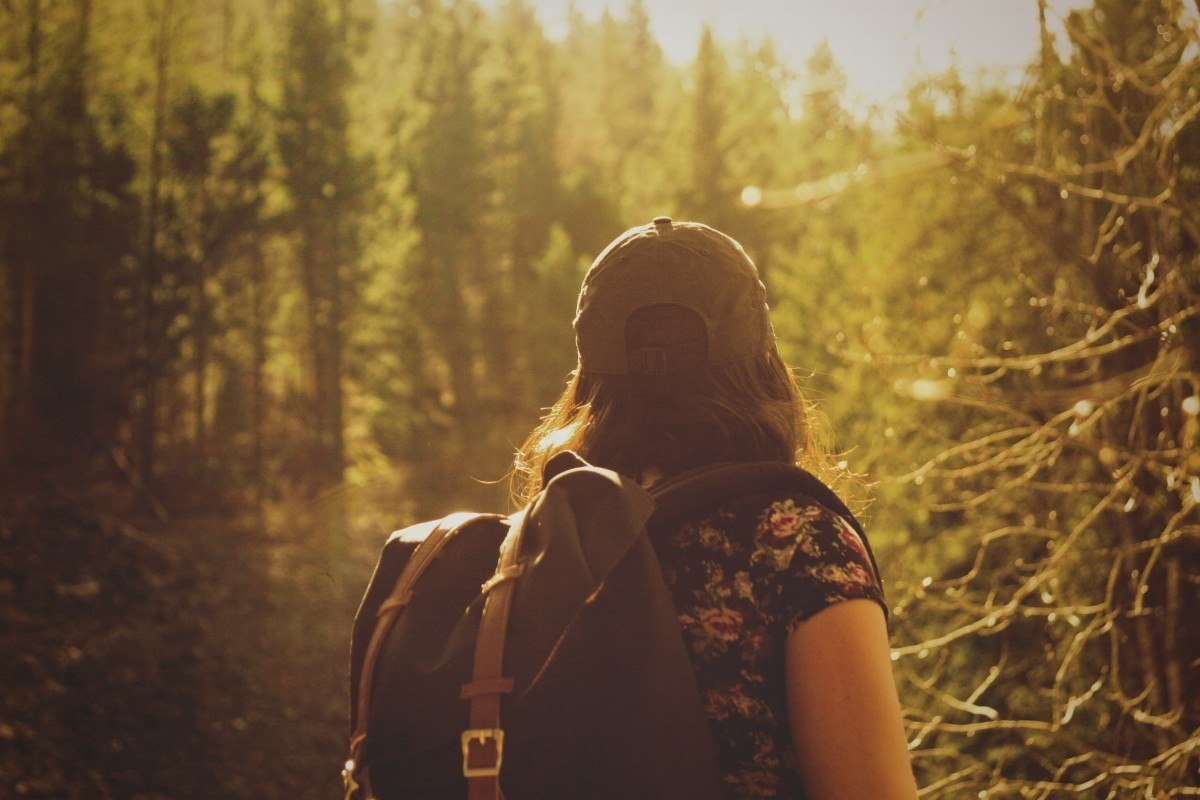 Insecurely attached adults don't only feel insecurely attached from their partners in intimate relationships. They may go through life with a certain detachment level that can cause other people to question their motives or the insecurely attached person to have mental health issues like depression and anxiety due to their inability to seek comfort from others.

As you may have guessed by now when it comes to determining what kind of attachment style an individual has - the primary caregiver and their attentiveness (or lack thereof) to the child's needs have a serious impact on the style the child develops.

Attachment styles link closely to the development of a child's self-image. Infants and children who have caregivers who were attentive and met their needs are less likely to develop an insecure attachment style. Securely attached people will develop a more positive self-image as the attentiveness they received as infants correlates directly with self-worth (in their minds). On the other hand, infants who have caregivers who aren't attentive to their needs are more likely to develop insecure attachment styles as they equate the lack of care and attention they failed to receive - directly with their self-worth.

This positive or negative self-image developed in the form of attachment styles in early childhood. It can carry over into adulthood and play a major role in your adult behavior. Insecure attachment in adults may show up in the form of inability to sustain relationships or employment, mental health-related issues, and other addictive behaviors like alcoholism or substance abuse. These issues are more likely to develop in adults that have an insecure attachment style.

People with secure attachment styles may also develop issues later in life when their outer circumstances don't meet their expectations or become traumatized by an intimate relationship or other events. Whether your attachment style is secure, insecure, or even ambivalent, it is important to seek the proper guidance and support if you're experiencing mental health symptoms and related negative circumstances in your life.

People with either attachment style can develop issues in intimate and family relationships because of their selective style. When these issues turn into major challenges, consulting a licensed professional for guidance is the best thing to do. The advent of online therapy has made it easy for people suffering from mental health-related issues like anxiety, depression, post-traumatic stress disorder (PTSD), and bipolar disorder (BPD) to gain access to affordable (and productive therapy online). 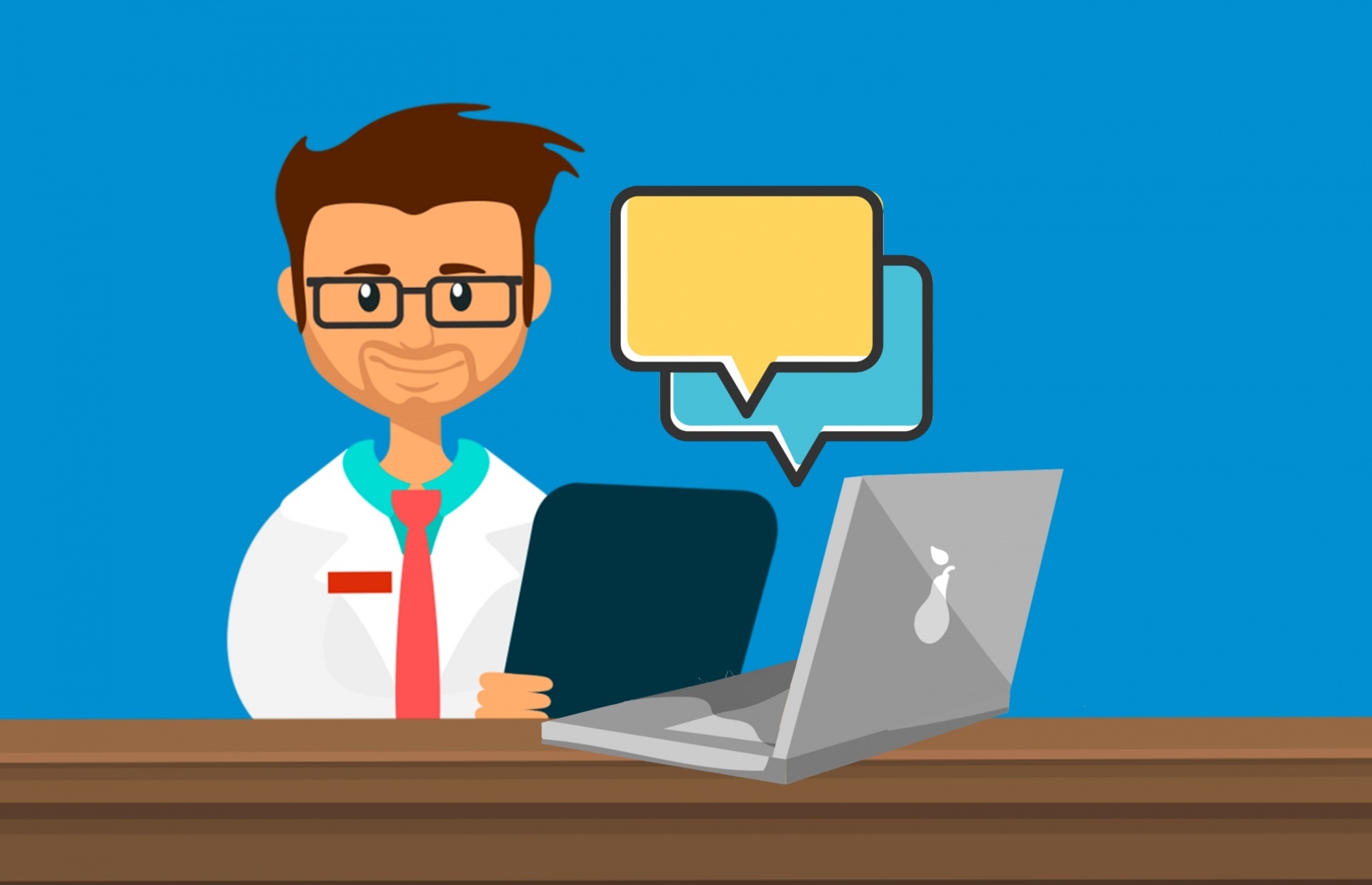 During online therapy, people with issues related to their attachment styles can learn new coping skills and strategies to help them achieve better relationships and outcomes. Getting started with online therapy is easy and doesn't even require a set therapy time as online platforms like BetterHelp.com provide access to real-time 24-hour therapy. Clients can log in online and have confidential therapy sessions via desktops, laptops, tablets, and mobile devices. Your first consultation is free. If you're ready to learn how to have better relationships and communication skills for your attachment style - contact a BetterHelp therapist online.

What is insecure attachment?

How do you know if you have an insecure attachment?

It’s important to recognize that anybody can experience insecure attachment, but recognizing the attachment patterns can help a person seek the help they need to overcome this challenge. As previously mentioned, avoidant attachment is one manifestation, along with the above signs, but those living with insecure attachment may also exhibit ambivalent or disorganized attachment. Those afflicted by the former may often find themselves anxious or preoccupied, in addition to seeking out validation from those they care about. Both avoidant and ambivalent attachment is classified as an organized insecure attachment, meaning someone experiencing these can typically come out on top of complex situations. Those living with disorganized attachment, though, often find themselves feeling depressed or severely anxious. Frequent outbursts of erratic behavior and finding oneself caught in a cycle of the perpetuation of trauma are major signs of a person living with an attachment disorder.

How do you fix insecure attachment?

How common is insecure attachment?

What are the 4 types of attachment?

What are the signs of attachment disorder in adults?

Spotting an adult's attachment pattern may seem difficult, but there are a few signs to keep an eye out for. The signs change slightly depending on whether an adult is living with an organized or disorganized attachment disorder. Those with an adult attachment disorder categorized as organized will typically be uncomfortable with closeness and value independence in a relationship. Alternatively, these may also crave intimacy or feel insecure in their relationship. Those experiencing a disorganized attachment will likely have chaotic episodes marked by seeking closeness with a partner before inexplicably pushing them away. With the above said, an attachment pattern can vary from person to person, so it’s so important for somebody experiencing these feelings to pinpoint a cause—the difference between a secure attachment or insecure attachment forming lies in a person’s childhood. One exhibit's attachment pattern varies greatly depending on the trauma or situation one experienced as an adolescent.

“I Feel Empty” -- 4-Easy Steps To Get Started With Depression Therapy Online
For Additional Help & Support With Your Concerns
Speak with a Licensed Counselor Today
This website is owned and operated by BetterHelp, who receives all fees associated with the platform. Get The Support You Need From One Of Our Counselors
Get Started
This website is owned and operated by BetterHelp, who receives all fees associated with the platform.

What To Do In A Relationship That’s On The Verge Of A Breakup What Is Ambivalent Attachment? -- An Overview Of Attachment Styles In Adults Understanding The Rebound Relationship — Signs, Symptoms, And Cures Understanding The Effects Of Childhood Trauma On Adult Mental Health (And Where To Get Therapy Online) The Pros And Cons Of Casual Dating (And Where To Get Dating Therapy Online) Can An Online Dating Coach Help You Find Your Perfect Match? (Why You Should Hire A Dating Coach Online)
The information on this page is not intended to be a substitution for diagnosis, treatment, or informed professional advice. You should not take any action or avoid taking any action without consulting with a qualified mental health professional. For more information, please read our terms of use.

Your session is about to expire!